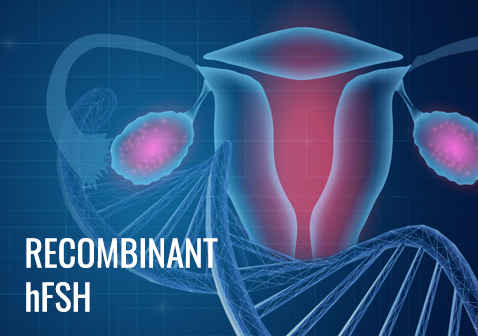 Scripps is known worldwide for providing the highest-quality and best-performing native human hormones. Decades of experience have given our scientific team a thorough understanding of what it takes to purify human hormones, while maintaining protein integrity and preserving activity across multiple assay platforms. Plying this expertise to our recombinant proteins, our aim is to produce the best-performing recombinant hormones available anywhere.

Our purification expertise allows us to produce recombinant proteins without the use of affinity tags. Commonly used tags, such as polyhistidine and glutathione S-transferase, make purification simpler, but they can have an adverse effect on the structure and function of the expressed protein, leading to poor performance in a variety of assay systems. Producing the unmodified, intact protein allows our protein purification experts to isolate a recombinant form of hFSH that resembles the native form as closely as possible.

Our Recombinant hFSH has been assayed on multiple clinical analyzers and it exhibits activity that is comparable to that of native hFSH.* As a recombinant protein, no other pituitary hormones are present in the starting material of our hFSH. This results in a highly-purified product that is ≥95% pure by SDS-PAGE and is free from the contaminating hormones that are an inherent problem with native hFSH.